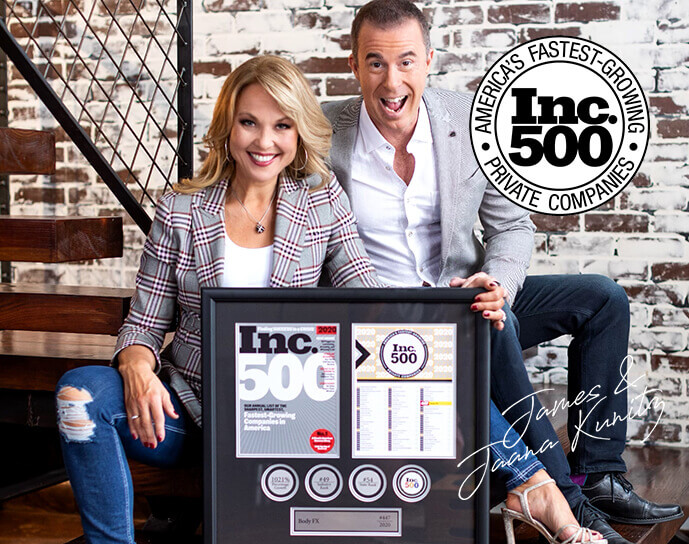 Ever wonder why getting the results you want for your body is so hard to achieve and even harder to maintain?

Well, in 2010, we figured out why and we did something new and unique about it. But it’s helpful to understand where this story really started…

Crazy fun fact, in 2003, we were at the top in the WORLD Latin dancing competition scene. 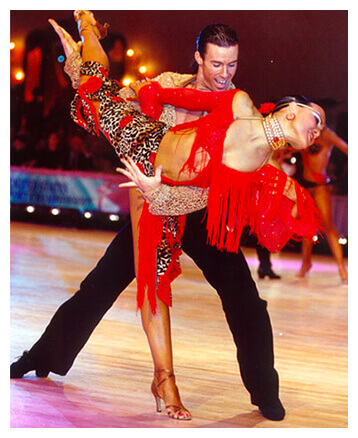 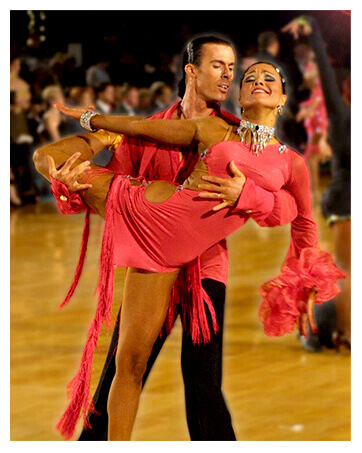 The year we retired from professional ballroom dancing, we knew we wanted to stay fit, but there was no way we wanted to exercise by getting on a machine – we needed to move! We decided to create our own exercise video series after watching Billy Blanks leading Tae Bo on TV- (it combined martial arts and boxing). We thought, we could do a video like that but based on dance!

So, we brainstormed over our kitchen table and set our video’s objectives.

It had to merge dance, fitness and weight loss together.

It actually needed to work so ordinary people could get fit and stay fit.

We wanted it to reach a lot of people, and we wanted to create a business that had a huge impact on the world and was sustainable.

So, all we had to do was figure out how to pull all that off even though we were just: “retired dancers”.

While that was happening, James built a 7,000 sq ft soundstage and started a video production business. Many of his clients were making exercise videos and James learned everything he could. Most of them were aiming to appeal to already fit people and show off their expert knowledge about muscles and technique. We got really clear— our priority was to get ordinary people off their couches and in motion!

When Jaana was a kid she was overweight and picked on. She knew how bad it was to feel like this. Through dancing she lost weight. She just wanted to look good enough for people to stop teasing her. Then her dance became competitive. She wanted to be in the spotlight and say, I’m worth something!

James, however, came from a dancing family. There was no choice— you danced! But his passion was actually the technical production— the lights, the music, the special effects— all necessary to create dance shows, and all things that also apply to making videos.

In 2007, we released our first exercise program, Core Rhythms® through TV infomercials. It was a worldwide smash-hit, that 3 million people bought! (And it was a HUGE hit in Japan!)

We had successfully merged dance and fitness with weight loss, but at this point, we were all inspiration and excitement without experience.

When we were designing Core Rhythms®, we were still in dancer mode. So the routines were too difficult and the music too fast.

Then we started doing fitness challenges and got a chance to see truck drivers who’d never exercised before trying our fitness programs— that was our epiphany! We needed to simplify the moves and make them more repetitive, concentrating on muscle conditioning rather than steps. Plus, we soon we realized there was a massive disconnection between the program getting out to millions and our customers continuing to get results.

Our first fitness program was missing community and accountability!

And then in 2014, cable TV dropped off and the whole TV infomercial industry disappeared. Sales went away.

So, we went back to the drawing board. We added daily email coaching, something which was unheard of in our industry. We simplified the routines. We built communities on social media. We even began flying customers into Miami, where we live, to celebrate their great results. And it snowballed. Members started making their own videos to inspire other members of the program to get fit. We called the new program Body FX and to our astonishment, it was an even bigger hit than our first video series. 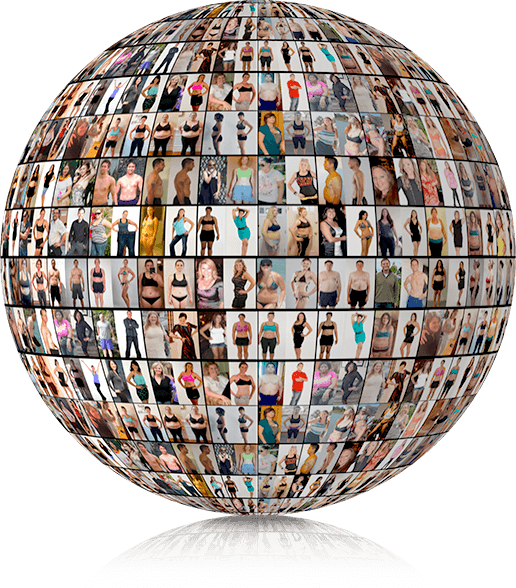 It really moves us when our customers tell us their success stories. It’s so powerful! Your life can be so bad… and then “Body FX changed my life”.

That’s the story of how we figured out how to help people get the results they want for their body, and how to maintain those results so they are truly fit and healthy for life. We started off as professional Latin Dancers and we were fitness focused with inspiration always added. We were the first to do a muscle conditioning dance workout. And then we added other fitness training and daily email coaching which made us very unique. Finally, we built a true community among our members— and it cracked a code. Regular people getting off their couches, moving and changing their life. Moving your body changes your life— and it’s fun!

MAKE YOUR BEST BODY THE NEW NORMAL WITH A FREE TRIAL

Free for all active Body FX Subscribers.
Enter your email below to activate your Email Coaching today.